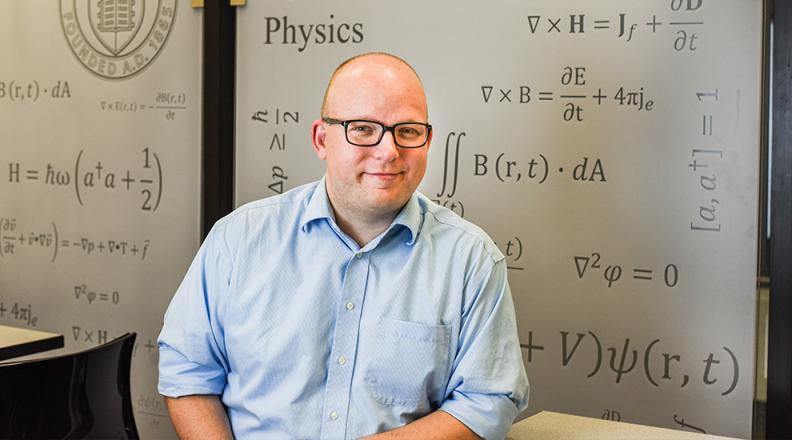 Peter McMahon joined the faculty of the School of Applied and Engineering Physics (AEP) at Cornell as an assistant professor in the summer of 2019.

McMahon grew up in South Africa, not far from the port city of Durban. In high school, McMahon enjoyed studying math and physics, and spent a lot of his time writing computer programs. He even ran a small contracting business writing database software for companies.

Reflecting back on that time now, more than fifteen years later, McMahon sees some parallels to starting his lab at Cornell. “Running a research lab is a lot like having a small business,” he says. “Only, a university research lab is a start-up that will never have revenue, and for which you perpetually need to raise funding.”

Laid out like this, McMahon’s path seems straightforward. In reality, things were actually rather more serendipitous. “In my senior year at Cape Town I had the opportunity to visit the National Center for Supercomputing Applications at the University of Illinois for the summer. There I worked on accelerating scientific-computing applications using special-purpose chips called FPGAs,” says McMahon.

After his undergraduate studies and largely as a result of his work in Illinois, McMahon was invited to do a Master’s thesis project involving the same special-purpose chips for a planned radio telescope in South Africa. The telescope’s design team sent him to UC Berkeley for a year, where he worked on custom processing boards that are used specifically to collect and process data from radio telescopes. “At first glance this experience might seem completely unrelated to what I do now, but the electronics for controlling and recording the output of quantum computers in many cases uses very similar technology,” says McMahon.

He then went off to earn his doctorate at Stanford. At Stanford, he conducted his research in the lab of Professor Yoshihisa Yamamoto. McMahon’s focus was on quantum information processing using optically controlled spins in semiconductors. He then spent five more years at Stanford as a postdoctoral fellow in Hideo Mabuchi’s lab in the Department of Applied Physics, working on a new project in optical computing in collaboration with Yamamoto and his group. McMahon’s postdoctoral work has led to a resurgence of interest in photonic computers for solving optimization problems.

In 2019, McMahon joined the faculty at Cornell. “Cornell is a wonderful place for me to be,” says McMahon. “Much of the work I do is most definitely applied physics, so it is great to be at a place where people appreciate this niche that straddles physics and engineering.”

McMahon’s lab at Cornell will focus on the broad theme of learning more about how physical systems can be used to compute. He’ll explore how we might build quantum computers and for what we might best use them. In addition, he will also delve into photonic and neuromorphic computing.

McMahon moved to Ithaca with his wife, Ying Yang, who is also at Cornell, and who has a joint appointment between the Sloan Program in Health Administration and the McGovern Center for Venture Development.

In the fall semester 2019, McMahon is teaching AEP 1100: Lasers and Photonics. Learn more about the McMahon Lab here. 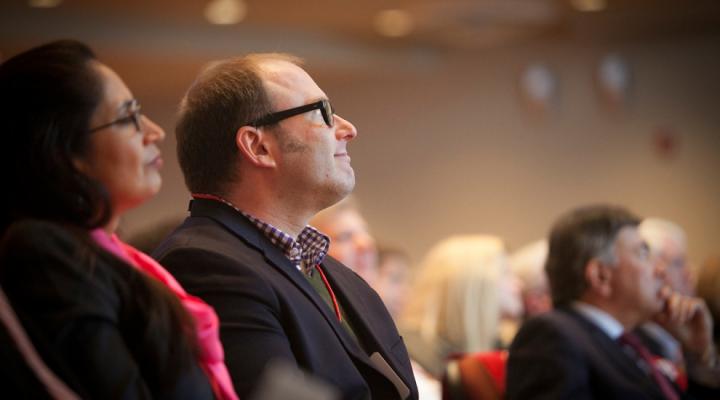