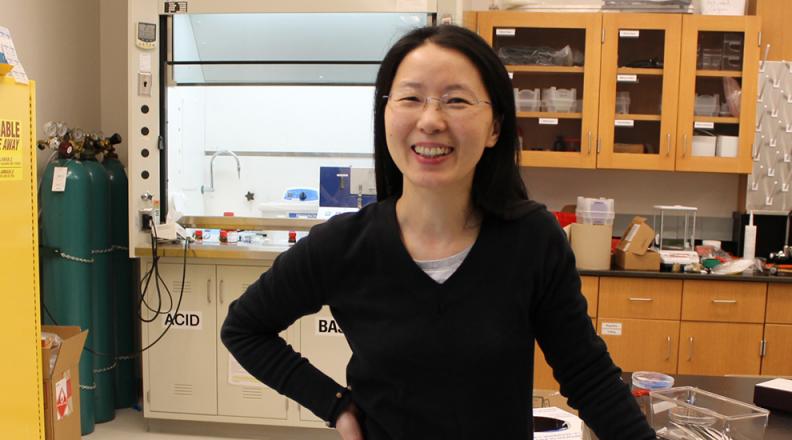 When Jie Shan was growing up in Zhejiang Province in China’s southeast, she did not imagine her future held a career in physics. “I always liked math and chemistry and physics when I was in high school,” says Shan. “But when I chose to major in physics for my B.S. I didn’t really think I would become a professional physicist.”

25 years later, Shan is very much a professional physicist. After 15 years teaching at Case Western Reserve University and the Pennsylvania State University, Shan has joined the faculty at Cornell’s School of Applied and Engineering Physics as a full Professor. As of 2013, she is also a Fellow of the American Physical Society (APS).

“Initially, I liked the ability physics gave me to explain things from basic principles,” says Shan. “I also love the problem-solving approach I learned by studying physics.”

Shan’s work at Cornell focuses on the optical and electronic properties of nanoscale materials.  She is particularly interested in atomically thin two-dimensional crystals (such as graphene and MoS2) and their heterostructures. Her lab develops experimental techniques to probe, image and control the internal degrees of freedom of electrons and their new phases in these nanoscale systems.

When Shan earned her Diploma in Mathematics and Physics from Russia’s Moscow State University she was drawn to experimental physics, but her thesis advisor steered her toward more theoretical work. “There was a hierarchy within the physics department at Moscow,” says Shan, “and experimentalists were viewed as a notch below theoreticians.”

Shan moved to New York from Moscow and started a doctoral program at Columbia University. “When I got to Columbia, I became an experimentalist,” says Shan. “I worked with Professor Tony Heinz on optical spectroscopy.” Shan’s work at Columbia contributed to a table-top coherent terahertz technology that could be used in imaging and for materials characterization.

After earning her Ph.D. from Columbia, Shan joined the faculty of Case Western Reserve University, where she taught for 12 years. “I found colleagues at Case Western so supportive and mentoring and the students so devoted,” says Shan. “I had access to a strong research community on biomedical and soft materials. I applied optical spectroscopes to colloids and other soft matter.”

The next step in Shan’s career took her to Penn State, where she moved into a deeper study of 2-dimensional materials. Her work at Penn State focused on  collective electronic phenomena such as superconductivity and magnetism in the 2-dimentional limit. At Cornell, Shan has continued the work she started at Penn State.

“Much of our research is driven by fundamentals,” says Shan. “We work with new materials and we are trying to discover or engineer new properties. It is very exciting.” Shan is especially excited by the possibilities opened up by the ability to integrate 2-dimensional materials of different kinds into heterostructures. 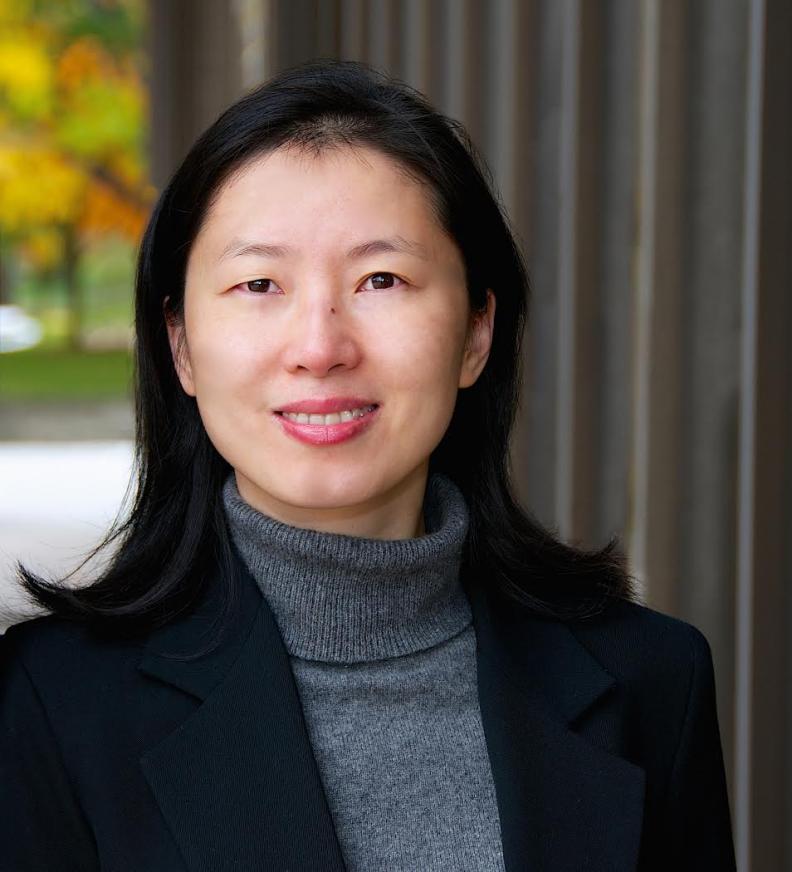