Awarded to an undergraduate student for most outstanding academic achievement.

Trevor R. Cuykendall was a professor and charter member of the Engineering Physics school at Cornell. He came to the university as a doctoral candidate from the University of Denver, which had awarded him the degrees of E.E. and M.S. in physics. After earning his Ph.D. in x-ray physics, he was appointed research associate and then assistant professor in the College of Engineering. His early work was on stress analysis of earth-filled dams, using gelatin models and polarized light. During the war, he went to Washington to work on magnetic defense at the Naval Ordinance Laboratory, then to Los Alamos to participate in the bomb effort. Back at Cornell after the war, he became a leader in nuclear education and training, maintaining close ties to Oak Ridge National Laboratory.

Awarded to an undergraduate student for excellence in experimental physics.

Paul Hartman was a professor and charter member of the Engineering Physics school at Cornell. His association with Cornell dates back to the 1930s. He first came to the university as a graduate student, after earning the bachelor’s degree in electrical engineering from the University of Nevada in 1934. He received the doctorate in physics in 1938, spent another year as an instructor, and then spent seven years at Bell Telephone Laboratories. He returned to Cornell in 1946 as a charter member of the Department of Engineering Physics with a joint appointment in the Department of Physics. His research has included early investigation of synchrotron radiation and participation in a classic study of the use of the magnetron to generate ecentimeter waves. He has been active during summers and sabbaticals as a consultant to Hughes Aircraft Company and the Los Alamos Scientific Laboratory, and he served as an editor of the Review of Scientific Instruments. He has been deeply involved in the educational philosophy of Applied and Engineering Physics since its inception, and he served as associate director of the school from 1971 until his retirement in 1983.

After graduating with degrees in physics and electrical engineering at Rensselaer Polytechnic Institute in 1971, Frederick Chau entered Cornell University’s graduate program in applied physics, obtaining his master’s degree in 1974.

Mr. Chau then worked as a scientist, an engineer, a manager, and an entrepreneur. He is now president of Pacific Quality Packaging Corp., a company that manufactures corrugated packaging and entertainment displays, which he founded in southern California in 1984. Mr. Chau says he followed the leadership of his former poker opponents in supporting the College of Engineering and is honored to be a part of the Excellence in Teaching Awards program.

Mr. Chau is married to Dorothy Lau, also originally from Hong Kong. They have two children, Chris and Karen, both of whom graduated from Amherst College. Chris Chau received his M.Eng. degree at Cornell in May 2002. 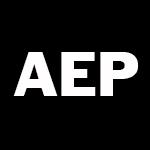